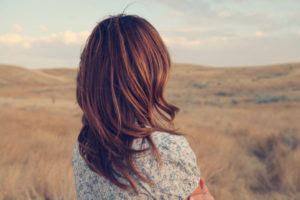 Over the years, I have coached and helped many women that wanted to become better at attracting men, but one story in particularly struck me. I still remember how it all started (and ended)…

I actually met V. because I was interested in dating her, at least initially. Great right? But then again, I say at least initially for the very reason why she ended up becoming my client, and later on a very close friend. The reason is, she couldn’t keep a guy. Let me tell you more about V.’s story:

A short but intense romance

Our glances crossed for the first time in a bar downtown. She was hanging out with a group of friends. I recognized one of the guys she was with, and I decided to take the leap by greeting him, hoping he would introduce me to V. He did, luckily.

She was just over 30 at the time. Big blue eyes, nice smile, and a fit body (just my kind). Chatty, funny, well-educated, and somehow irradiating an aura full of kindness… I didn’t want to miss the opportunity and so I asked her out for dinner, and we met again the day after. I remember she was wearing a striking red dress, matching her lipstick and making her eyes looking even more blue in that August sunset.

Right off the bat, as we sat at a candle-lit table at my favorite Italian restaurant, she surprised me by asking me about my intentions with her. I said that I had just come out of a long-term relationship, but that I was ready to commit again, with the right person. She remarked how she had always been “unlucky” with men, how she always attracted the wrong guys and ended up treated badly, and eventually, alone…

Later on that night, we kissed passionately, and we arranged another date for the following weekend. Our passion escalated even more on that occasion, and I remember how happy I was when spending time with her. As I got to know her better over the following weeks and months, I also discovered we had quite a lot of things in common, such as the passion for traveling and cult movies…

It wasn’t until the first 2 or 3 month dating V. that I started getting a “not-so-right” feeling about where our relationship was going. I liked her and enjoyed spending time with her, but for some reason, deep down I knew for sure she would never be the right person for me. It seemed though as the emotional attraction that I felt for her initially had kind of “dimmed down” .

The problem was, at the time, I really couldn’t figure out why…

I liked her physically and her personality was also very attractive, but she just never made me feel as she could be my lifelong partner, or the mother of my children. It was like she didn’t have that “L(love)-factor” that would make me “click” and wanting to spend more time, if not the rest of my life, with her.

I wanted to be 100% honest with her and didn’t want to lead her on, so I met up with her and told her the truth about how I felt. As you can imagine, she didn’t take it well… she stormed off out of my car and that was the last I saw of her for a long time.

Needless to say, without even noticing it, I had turned in another one of V’s failed relationships, and I couldn’t even explain why, neither to her nor to myself.

I bumped into V again a few years after our brief romance. After a little initial, natural awkwardness, our conversation began flowing more smoothly. I told her how I had become a relationship coach to help men and women with their love life issues, and I learned from her that she was seeing someone whom she really liked. And, perhaps unsurprisingly, things weren’t going great between V. and him.

It was like all her experiences with men were following the same pattern, with V. ending up getting hurt and alone. One thing led to another and I agreed to schedule a coaching session with her to finally figuring out why she had so much trouble keeping a guy.

5 reasons why you can’t keep a man

During our meeting, as she answered my questions about the relationship, and showed me all the text messages they had been sending each other, I had a strange de-javu…  From her behavior around him, to the way she texted him and talked to him, to the way she interacted with him emotionally and sexually… Anything that came out of V’s mouth about her troubles with this guy, could have been said about the time she was with me, in a way or another. It was like a trip down memory lane for me as she described how he gradually lost interest in her “for no apparent reason”.

But thanks to the coaching experience I had accumulated throughout these years, this was no longer a mystery. I could now finally understand exactly why I lost interest in her when we were dating. Yes, it was for the exact same 5 reasons why this guy was pulling away too, which I’ve kindly broken down for you here:

Related: How To Find A Right Man

The woman that men want

To help you understand how you can become better at keeping guys, I like to use an analogy that I like to call “the movie” . This is pretty important in determining if you are going to become a woman that knows how to keep a man,  so pay attention. If you internalize and absorb this concept, it will most definitely help you in attracting and keeping the right guy.

Each one of us lives a life that we can imagine as a movie, with its own plot, main actors, secondary characters, extras, etc. Each one of us is the main actor, and sometimes even the director of our own movie. Usually no two movies are the same. Some people’s movie plot can be boring or the actors may lack personality and character. Some other people’s reality might be exciting, intense, and with great actors and characters.

During a relationship two lives, hence two movies, or two realities, become intertwined. Now, one of these two movies will be more exciting and interesting than the other, and it will probably suck the other one in. This happens because the actors from the dull movie will be tempted to play in the cool movie, and the interesting plot will take over the boring one.

This is why a confident woman, that lives an exciting and interesting life full of interesting people will have no problem keeping a guy interested. The guy will ask her “can I be in your movie? Can I play a role in your life?” If she feels like it, she will accept him, and perhaps even invite him of her own initiative. She likes him, but she doesn’t need him to make her movie plot more interesting, as there are already talented actors and an engaging storyline.

On the other hand, for a damaged and emotionally -dependent woman, will not be easy to attract and keep a man. She will be constantly asking to play a part in his life, instead of inviting him in her low-budget B-movie. And even if she did invite him to play a part in her movie, do you think he would accept? He won’t probably find the plot interesting, or wouldn’t want to act side-by-side with untalented actors.

In conclusion, the woman that men want is someone whose reality and social dynamics are so interesting and engaging that a guy will literally beg to be part of it. The key to achieve this is in building an indestructible diamond core of self-confidence.  Guys are turned on by high-status women, and they usually leave or cheat on the low status ones.

Keep in mind that this “high status” has absolutely nothing to do with how much you earn or with your material wealth in general. It’s in fact, quite the opposite. It has more to do with how you project the image of yourself to your potential partner(s). It’s your “emotional wealth” that matters, and is measured in terms of your life’s relationships authenticity and quality, self-love and self-respect, and ability to create an interesting life.

So, are YOU going to become the woman that men want and never leave?

I have researched extensively all the e-books and courses online, and I personally recommend the one below, as it's the most effective and comprehensive and has the best testimonials reviews from women that have successfully managed to find and keep a quality man.

Click here to discover the proven method that thousands of women have used to find and keep a quality man!

Married But Lonely? Here’s How to Help Yourself and Your Relationship