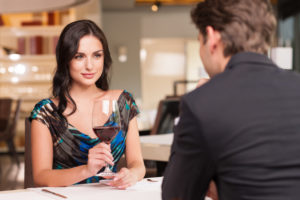 This bit of relationship advice for women is something that I think a lot of girlfriends and wives can benefit from. It will also be useful in the early phases of dating, when you want a man to consider a long-term relationship with you. It is something that I have decided to written out of my own personal experience dating women, or being in a relationship. While every woman is different and unique, there are some behavioural traits in women that are a huge turn-off for men. If a man loses interest in you, you are most likely showing him some of those behaviors, even without realizing it. Yes, that’s right! The worst thing is that most women make these key mistakes unconsciously. And if you don’t understand why these are not attractive features, you won’t be able to get rid of them, and I can guarantee that a man will lose interest in you, sooner or later.

As women, girlfriends and wives tend to act, well, girly. That’s perfectly normal. Some women take this to an extreme and simply ramp up the “girliness” to the extent that they start grating on the man’s nerves. The worst thing is, some women don’t realize that with every minute that they’re acting girly to their man, their man is considering other women that he could be dating. Girliness is an attribute of a girl. When we marry you, we want someone who is mature and who acts their age (usually). If we wanted to look after a girl, we’d try to make a daughter with you. Femininity is a lot more attractive. It’s sexy, while girliness is just a turn-off. Girliness is also attributed to emotional instability, while femininity is using your emotions to make the most out of the relationship.

Women are a lot more emotionally developed than men are, and develop their emotions a lot faster than guys do, but this doesn’t mean that they have more control over their feelings. Guys are not always going to be able to bear with girls who fly off the handle at the smallest provocation. It gets worse. Consider when women have PMS. There’s even less emotional control than usual. Women who lack emotional control are less complete as individuals and harder to get along with. Ultimately, women who are more attractive exhibit more emotional control and know the right and wrong times to be displeased with their man.

In this day and age, it’s far more attractive to be married to a woman who is emotionally-independent and who you know doesn’t need you all the time. Having a woman who is needy and needs constant emotional support is draining. Plus, how is the time spent together with your man going to be special if you need him all the time with you? Each and every one of us need their own personal space. Only if you are able to be alone with yourself, to relish your own company, you will be able to attract someone fully. I used to date a girl who would miss me constantly, even after a few minutes I’d leave her house to return home. I felt like I was suffocating. It obviously didn’t last long between us.

A lot of women build themselves up for relationships by dressing up pretty and upgrading themselves. They get themselves a makeover, make sure they’re visually attractive, and go through all the trouble of looking perfect in order to get a boyfriend. But thereafter comes the problem of complacency.

A lot of women think that just because they’ve gotten their guy, it’s okay to stop looking good. Big mistake! You must never let yourself go. It is a common relationship advice for women to “keep your guy interested!”

When a man loses interest in you, it won’t be long until he goes out to find someone else he can be interested in. So be careful and take care of yourself.

5. Making your world revolve around your man

6. Being overly jealous or controlling

Let me get this straight: some degree of jealousy can be healthy in a relationship. It shows that you care about your man and we do enjoy the “territorial” aspect of jealousy. We like a protective woman, because deep down, it reminds us of our mother. However, excessive jealousy and controlling behavior is not attractive, and is actually one of the top reasons why men cheat. They feel that by having an affair they can enjoy that sense of freedom that they had lost with their wife or girlfriend. Remember: if you want to keep a man you have to show him that you trust him. You need to give him freedom to spend time with his friends (even female friends), to pursue his hobbies, to have a life outside of you and be himself without you. In this way only your relationship with him will be authentic, and he will actually miss you when he’s not with you.

This is one of the most important points and usually is one of the core reasons why a man loses interest in you. If the woman doesn’t respect herself and her time, she will never have her man’s love. A woman with no self-respect is in essence not complete when it comes to being a functioning human being. Men cannot respect a woman who doesn’t respect herself. Without respect, we can’t love you either.

Bottom line: if you are a wife or a girlfriend, make sure you pay attention to these things next time you are with your man. It could be that you’ve been acting like this without even realizing it. However, remember that if he chose you, he’s already made the decision of being with you no matter what. Just make sure he doesn’t regret this decision and remember: a man loses interest in you only if these behaviours are perpetuated and you are ignoring his signals.

Want more? I have researched extensively all the e-books and courses online, and I personally recommend the one below, as it's the most effective and comprehensive and has the best testimonials reviews from women that have successfully managed to find and keep a quality man.

Click here to discover the proven method that thousands of women have used to find and keep a quality man!

The Ultimate Guide to Becoming a Stay-at-Home Dad: Everything You Need to Know