Second Marriage Problems: How To Avoid Another Divorce 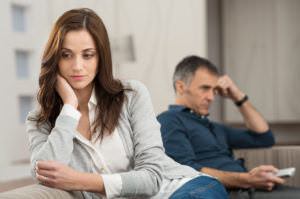 Undeniably, whenever someone contemplates the idea of getting married a second time, the number one question that comes to mind is: will it work this time? And if you are someone who believes in statistics, surely you would think twice before getting married again. At a whopping 67%, divorce rates for second marriages are even higher than for first marriages, and these numbers keep creeping up. However, we all know that statistics are just what they are – numbers and data – and know nothing about how you feel about your partner and your future together. That being said, second marriages comes with a number of hurdles that first ones don’t, and you need to be aware of those obstacles if you want your second marriage to succeed.

One of the first problem that remarried couple face is dealing with ghosts from the first marriage. Depending on whether only one or both spouses were in a previous marriages, the degree by which these problems affect the couple can vary. Some couples get to their second marriage still worn out by the stress of the recent divorce, children custody arrangements, money problems, etc.

How to fix: Spend some time alone with your new spouse. Make sure you take at least 1 weekend off a month to spend time alone with your spouse, away from parenting and without any other family members. Don’t let guilt prevent you from enjoying your private time with your spouse. You deserve every minute of it. Go an a weekend getaway or marriage retreat if your negativity issues are not resolved. You’ll come back reinvigorated and  ready to solve your problems with a fresh mind.

Issue #2: Having to deal with the expectations of old and new family members involved in your new life.

Children from previous unions, step-children, newborns from the second marriages, extended family members such as your new partner’s ex and their relatives, just to name a few players in your second marriage life. It can be arduous to manage the expectations of such an extended family, and sometimes conflicts happen that can pose a serious challenge to your new union.

How to fix: Try to take into consideration the voices of all family members. Be prepared to face some degree of conflict, especially when discussing sensitive problems such as parenting strategies, time spent with biological parents, vacations, money, etc. Don’t lose your temper, and try to be as forthcoming and open-minded as you can when discussing these issues. If conflicts persists, you can seek help through counseling.

Remember: It’s their mother or father you are badmouthing. How would you feel if someone insulted your parents in front of you? Imagine that kind of feeling for a child of divorced parents, with a much more delicate psycho-emotional balance.

How to fix: Discuss issues with your ex in private. Never badmouth your ex spouse in front of their kids, and try to keep your personal problems between you and them. Make an effort to maintain a good relationship with your ex. This will benefit your second marriage and the future of your children as well.

Issue #4 The present against the past

Speaking from first hand experience (and based on what I’ve witnessed in several counseling sessions) the most common sources of issues in second marriages is the “indirect” interaction between the ex spouse and the new spouse through the common players from the new marriage and those from the first one. Typical conflicts include:

These conflicts often stem from jealousy, insecurity or narcissism. Even if you may find this hard to believe, people sometimes “enjoy” these types of indirect conflicts, as it can make their life more interesting, in a way. “I’m better than your ex” ” I know better that your ex how to educate the children” . “What did your ex say about our children?” If any of this stuff sounds familiar to you, you’re most definitely not alone.

How to fix: prioritize your new spouse. Ideally, you would want your ex and new spouse to come to good terms with each other, especially if they’re sharing parenting duties. Usually, however, it’s not that simple as there are way too many players involved in the grand scheme of things, and it’s impossible to keep everything under control. One thing I would suggest is to focus your effort on strengthening the union between you and your new spouse, as it’s with them that you’ve chosen to be after all. Reassure your ex spouse that you are always going to be by their side no matter what. Let them know how important it is for you that the children from your previous marriage grow to respect their biological parent, and how you value the harmony in your family. Your new spouse will be more willing to sacrifice their ego if you let them know that they are the most important person in your life.

Making a second marriage successful is possible. It is important to remember that you should never give up, no matter how burdensome second marriage problems can be. The best advice that I can give is to develop a positive and strong mindset. Combined with the love, affection and support from your new spouse, your new relationship will survive all the obstacles and divorce will be just a distant memory.

Want more? I have researched extensively the best online resources that can help you saving your marriage (even if you’re the only one trying), and I recommend the one below, as it’s the most effective and comprehensive, and has the highest success rate.