Mother In Law Causing Problems In Marriage? Here’s What To Do 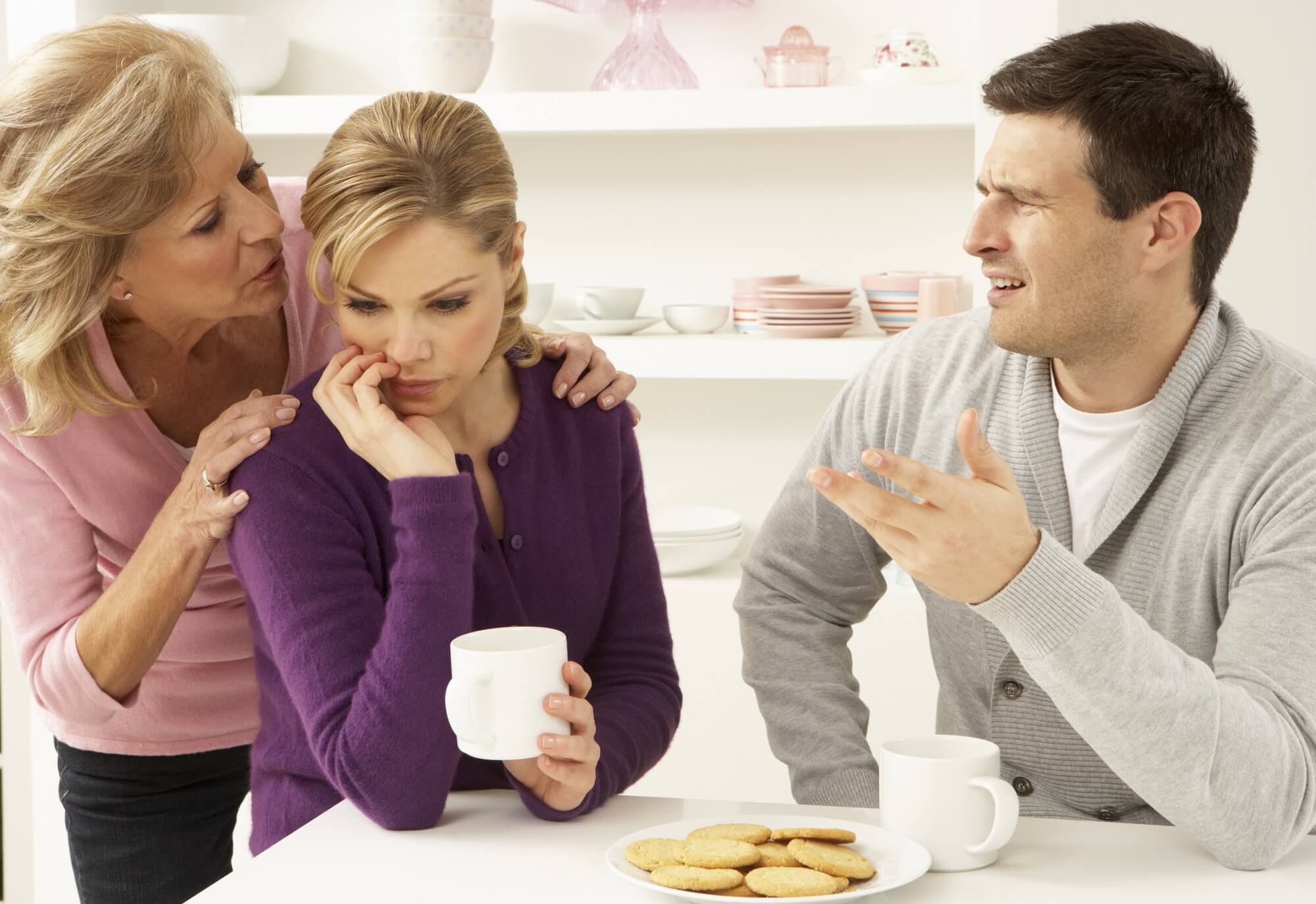 There is no question that many mothers in law are troublesome, and that some mothers in law have a negative influence on their children’s marriage. Understanding the dynamics of how the in laws impact a marriage is important. It can be very liberating when the partners are able to solve the issue by working “as a team”. Studies show that a significant number of couples are having problems with their mothers in law. Especially, the relationship between daughters in law and mothers in law are tricky. Common complaints originate from the daughter in laws about various problems such as the mother in law being pushy or having too much influence on the husband. Sometimes it can also be a question of the mother in law being disrespectful to the daughter in law and crossing the marriage boundaries of their sons. Let’s examine the typical traits of a problematic mother in law, before discussing what to do to handle this beast!

The Typical Profile of a Problematic Mother-in-Law

Mother In Law Causing Problems In Marriage: What Can You Do?

The best strategy is to maintain a healthy relationship in the marriage and with the parents. The couple should set a clear boundary with the parents to ensure that everyone sticks to their lanes to avoid unnecessary friction. The tricky thing is to find that agreement between the wife and the son on some of the wishes of the mother in law.

Most often, the son is caught in between behaving like a spouse or siding with the mother. It is sometimes hard for the son to adjust his focus to create harmony in the marriage. Husbands in most cases are not in a position to understand the complex relationship dynamics that play out between the wife and the mother. This is because many of the conflicts arise from the mother having a strong influence over the son.

The best approach for the husband is to make the agreements on the wife’s terms and not on the terms of the parents and reach an agreeable compromise.

The son must position himself in such a way that he is in line with the needs of his wife and provide the much-needed security to maintain her integrity in the relationship and conflict. The message should be very clear to the parents and leave no question on whose side he will choose.

It is the only way to ensure the parents respect the boundaries or the marriage and keep off from undue interference in the affairs of the marriage.

The son must also set boundaries that he communicates appropriately to the parents during the family get together such as Christmas, Thanksgiving, birthdays or other events. The son should let the mother in law know if the couple is staying with the parents during the celebrations and he is the one who determines the duration of this period. In actual fact, he will be setting a time that suits the needs of the couple and not just his own or those of his parents.

The mother in law can put the daughter in law through a great deal of stress and friction. During the period early on in the marriage, a common mistake daughters in law make is to let go or redefine the problems, and hope the issues will go away magically after having children. However, grandchildren make matters worse in some cases. The issues can exist for years before the daughter in law finally decides to speak out and confront the mother in law. When it gets to this point, then it becomes evident that there is a lot of intolerable stress and heartbreak. The question many people ask is whether the son should keep on putting up with his parent’s bias and harassment of his wife. It is at this point that even the wife can conclude that the parents are more important to the son than her services. This effectively affects the marriage and can lead to separation or divorce.

Marriage counselors advise that the couple should focus more on their marriage, strengthening their marriage, building their own home than pleasing their parents. When you and your husband are setting the boundaries expect the mother in law to push back. However, strive to develop a healthy line of communication with his parents that works best for everyone. Sit down together and agree on certain things without appearing to be a bad influence on the son as that will elicit an opposite effect.

It is important that good family relationships are maintained throughout the generations. This is why the couples should have a healthy relationship with the parents to establish strong generational relationships. It is a win-win situation as your children grow up interacting with their grand parents and great grand parents. In any relationship, there are always necessary compromises. In most cases, in laws want to spend some time with their grandchildren or great grandchildren. It means a lot to them to teach them something or tell them interesting stories on a wide range of issues from their era to what they see in the new generations.

[ctt template=”1″ link=”fdcZf” via=”no” ]In any relationship, there are always necessary compromises[/ctt]

In the end, neither the mother in law nor daughter in law need to love and agree with each other all the time, but they have to treat each other with courtesy and respect. This is because they will be in each other’s life for very many years. Give your marriage a fighting chance by striking a meaningful compromise with your mother in law. Exercise restraint in your responses when you get bad comments from her. You can respond with a simpler answer without being defensive. Alternatively, you can shift focus to other issues or politely excuse yourself. Understand that sometimes a mother in law may push your buttons, it is upon you to decide whether to rise to the bait or evade politely.

I have researched extensively the best online resources that can help you saving your marriage (even if you’re the only one trying), and I recommend the one below, as it’s the most effective and comprehensive, and has the highest success rate.