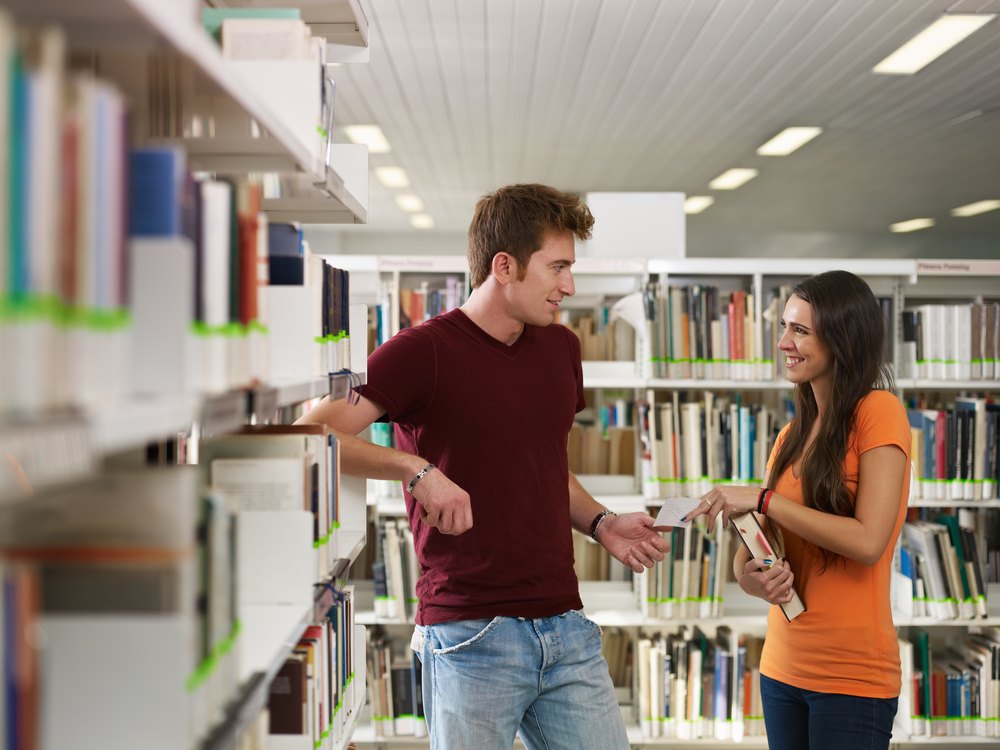 Are guys flirting with you and you may not even realize it? Flirting is an essential part of dating(not to mention it’s fun!). It’s how you show your interest in someone and start to build a connection.

For men, flirting can be a little bit tricky since they often have to figure out what works best with the opposite sex. In this article, we will discuss 20 ways that guys flirt with women and how women can recognize it. We’ll also give some tips on how to flirt back if you’re interested!

1. Making Eye Contact And Holding It Longer Than Usual

This one is great because it can be done if you are right next to each other or from one side of the bar to another. If you lock eyes with a guy and he holds your gaze for more than a second or two, that’s definitely flirting. It’s amazing how intimate a strong gaze from a man can feel.

A genuine smile is always a great way to flirt. If you’re talking to a guy and he is constantly smiling, he’s not doing it for no reason.

One of the most common ways guys flirt is by starting conversations with women they’re interested in. This can be done in person or online. If a guy strikes up a conversation with you out of the blue, there’s a good chance he’s flirting!

Physical touch is one of the most common ways guys flirt. This can be anything from lightly touching your arm while talking to you, to playfully poking you in the side. If a guy is constantly finding excuses to touch you, he’s probably flirting with you!

One of the most common ways guys flirt is by teasing you. This can be anything from gently making fun of your outfit to playfully calling you a name. If a guy is constantly teasing you, he’s probably flirting with you!

This one is a little bit more subtle, but if a guy is constantly complimenting your intelligence or your wit, he’s flirting with you!

One of the most common ways guys flirt is by leaning in close to you when they’re talking to you. This creates a sense of intimacy and makes it more likely that the two of you could share a kiss at some point.

9. Laughing At Your Jokes (even if they’re not funny)

Don’t get me wrong, I’m sure your are hilarious, but if the guy seems to be going overboard on how funny you are, it’s most likely because he’s into you.

10. He Mirrors Your Body Language

11. He Would Rather Talk To You Then His Friends

This one is pretty self-explanatory. If a guy is talking to you more than he’s talking to his friends, there is a reason he is picking you over them!

12. He Is Easily Embarrassed Around You

If a guy is constantly blushing or stammering around you, he’s probably flirting with you! He may be intimidated or nervous and get easily embarrassed over things that are that big of a deal.

13. Being A Little Bit Jealous

A little bit of jealousy can actually be a good thing when it comes to flirting. If a guy is getting jealous when you’re talking to other guys, it’s probably because he’s flirting with you and he wants your attention.

14. He Is Constantly Looking At You

If a guy can’t seem to take his eyes off of you, he’s probably flirting with you! This is especially true if he’s making eye contact with you from across the room.

15. He Will Try and Impress You

Guys will often try and impress the girl they’re interested in. This can be anything from bragging about their accomplishments to trying to make you laugh.

16. Compliments You On Your Appearance

Another common way guys flirt is by complementing your appearance. This can be anything from telling you that you’re beautiful to compliment your outfit.

17. You Make Him Blush or Nervous

If you make a guy blush or nervous, he’s most likely interested in you.  He is worried so much about not impressing you that he may come across as nervous or even awkward.

18. He Tries to Find Things In Common With You

19. He Speaks In A Deep Voice Around You

Research has shown that men will speak in a deeper voice when they’re around a woman they’re interested in. So if you notice the guy you’re talking to is suddenly speaking in a deeper voice, he probably finds you attractive!

20. He Gives You A Nickname

If a guy gives you a nickname, it’s usually because he’s trying to flirt with you! This is a way of creating a sense of intimacy and showing that he’s interested in you.

There you have it! These are just a few of the many ways that guys flirt with women. If you’re ever wondering if a guy is flirting with you, pay attention to these tell-tale signs and you’ll be able to tell for sure!