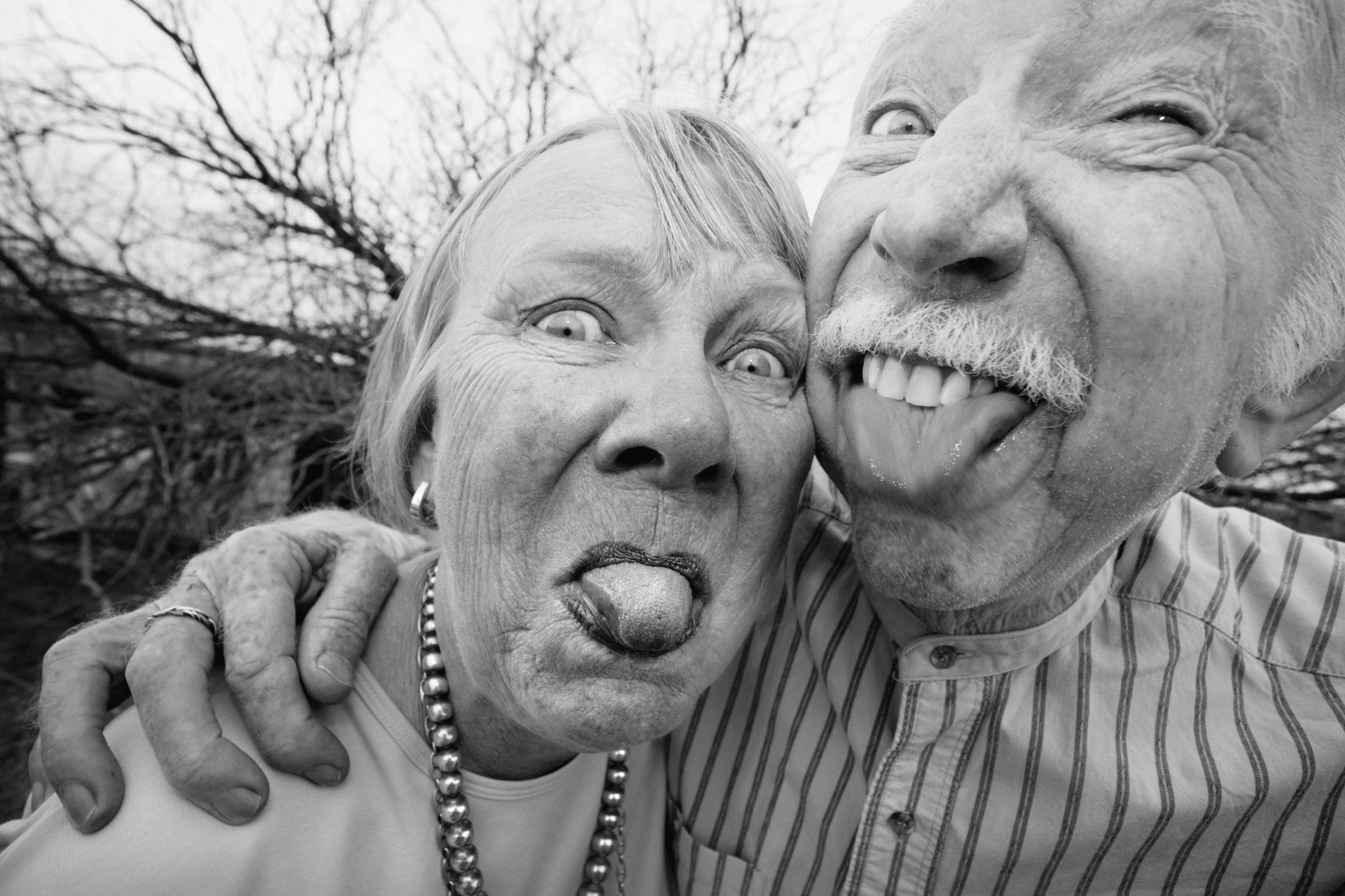 Here you will find a collection of the most hilarious husband and wife jokes that I have heard around the world or read on the web. Some of them are really funny, and some others a bit rude, but still funny! Please do not be offended. Remember, life is not serious. Besides, these funny stories will help you with some of the common marriage problems that you might be facing. They will give you a new perspective on all the issues that are so familiar to married couples, and maybe give you a hint on how to solve them. It’s all about how you see things! These are not just funny stories, they are in fact funny marriage advice that can truly help you to get through the hurdles of marriage and relationships, if you interpret them in the right way.

The Funniest Husband and Wife Jokes

After a long trip to the shopping mall, a wife returned home and found her husband in bed with a young girl. The wife started screaming and was about to storm out of the house, but her husband stopped her and told her: “Please give me a chance to explain, and then you can leave if you wish. I was driving home from work and I saw this young girl on the streets. She looked poor and tired, so I offered her a ride. She was hungry, so I brought her home and gave her some of the dinner you had forgotten about in the refrigerator. Her shoes were worn out so I gave her a pair of your shoes that you didn’t wear because they were out of style. She was feeling cold and so I gave her that new birthday sweater I got you but you never wore because you didn’t like the color. Her slacks were worn out so I gave her a pair of yours that you don’t fit into anymore …

Then as she was about to leave the house, she paused and asked: is there anything else that your wife doesn’t use anymore? “And so, here we are!”

A young man is about to catch a plane for a business trip, when he hears a voice: “Don’t take that plane, don’t go!” He turns around, but no one is there. However he gets scared and doesn’t take the plane. After a little while he finds out that that very plane crashed leaving no survivors. But he still needs to reach his destination so he decides to travel by train instead. He gets to the station and he is about to catch the train, when he hears that voice again: ” don’t take this train, don’t do it!” No one was there, but he still decides to follow the voice’s advice and he jumps off the train. Later on, he reads on the newspapers that that train derailed and that many people died. But he really needs to leave town so he decides to travel on a ship. As he’s about to board, the usual voice warns him yet another time:  “don’t go on that ship, don’t leave”…

The young man turns around and goes like: “Hey listen, I don’t know you but where the hell were you when I was getting married???”

Self-esteem workshop for submissive men. The coach shouts: “All of you that need to ask your wife’s permission before doing anything, step forward!”  Everyone in the room takes a step forward except one guy. His friend that was attending the course with him grabs his arm saying:”Come on, buddy!  I know you and your wife well, step forward…”

But the guy keeps staying still, and speaks with a firm voice; “I’m not going anywhere unless my wife says so!”

A divorced woman, frustrated and deluded by her failed marriage, posts an ad on a local newspaper: “I am looking for a man that will not beat me, that will not chase other women, and that is an amazing lover.” A week later, while she is doing house chores, she hears the doorbell ringing. The woman opens the door, but nobody is there. She closes the door and is about to return to her chores when she hears the ring again. She reaches the door knob again and opens it. Once again, no one is there. But looking down she sees a man with no arms or legs standing on the doorstep. “I’m here for that ad on the newspaper”, says the man smiling. The woman feels embarrassed, as she doesn’t know what to say. The man continues “As you can see I can’t beat you, and couldn’t chase other women either!”. “Yes, I can see that…” replies the woman awkwardly ” but the ad says that I want an amazing lover…”

The man smiles and replies ” Well, I managed to ring the doorbell, didn’t I?”

A man returned home from the night shift and went straight up to the bedroom and found his wife with the sheet pulled over her head, fast asleep. Not to be denied, the horny husband crawled under the sheet and proceeded to make love to her. Afterwards, as he hurried downstairs for something to eat, he was startled to find breakfast on the table and his wife pouring coffee. “How’d you get down here so fast?” he asked. “We were just making love!” “Oh my God,” his wife gasped, “That’s my mother up there! She came over early and had complained of having a headache. I told her to lie down for awhile.” Rushing upstairs, the wife ran to the bedroom. “Mother, I can’t believe this happened. Why didn’t you say something?”…

The mother-in-law huffed, “I haven’t spoken to that idiot for fifteen years and I wasn’t about to start now!”

In Heaven, a man walks around happily, talking to everyone he meets, until he finds another man who seems to be chilled to the bone, and he asks: “Hello sir, how did you die if you don’t mind me asking?” The man replies: “I froze to death. How about you?”. “Haha, if you only knew…” says the happy man. The frozen guy becomes curious:  “Did you die of cancer? Did you get hit by a car? Or were you murdered?: “No, not at all. I died of joy!” “Of joy? What do you mean by that?” “I returned home earlier than usual after work and found my wife completely naked on the bed. I started looking for her lover. I searched under the bed, in the bathroom, in the kitchen, in all the wardrobes, but couldn’t find anything. I was so happy that I died of joy!”

The other guy gasped:” You idiot, if you opened the freezer we would both be still alive!”

Issues To Talk About Before Marriage: A Helpful Guide Before Tying the Knot

Mother In Law Causing Problems In Marriage? Here’s What To Do

Second Marriage Problems: How To Avoid Another Divorce

Surviving Infidelity In A Marriage: The Shocking Truth That You Need To Know